AT&T recently announced that it has developed a new technology, AirGig, that can transmit gigabit high-speed wireless broadband over the wire, making it easier to bring the Internet to sparsely populated remote areas. 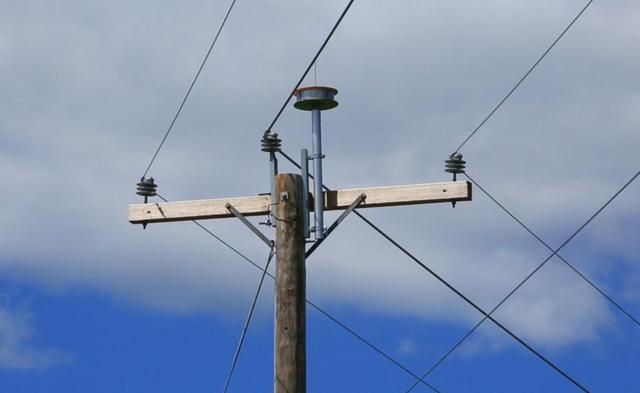 It is reported that AirGig needs to install wireless communication equipment on the power poles of the power line network. In addition, the communication signals will be transmitted through the wireless communication equipment on the utility poles for relay mode. Andre Fuetsch, AT&Tâ€™s chief technology officer, said that at the current stage, they cannot disclose too much detail. However, he briefly mentioned that the technology utilizes medium-voltage wires between U.S. utility poles and that energy in the power lines is not used in signal transmission.

Relying on wires to transmit wireless network signals will undoubtedly make the cost of network coverage even lower. Now that a large number of power transmission networks have been built around the world, the coverage of transmission networks is far greater than that of network coverage areas. Recently, the International Telecommunication Union recently issued a report saying that there are still about 3.9 billion people in the world who are unable to access the Internet, and the population that cannot use electricity is about 1 billion. If the wire transmission network technology is popular, it will enable people to send high-speed broadband services to remote areas without having to install additional new cables. From the current situation, it means that 2 billion people will probably benefit directly. .

Utilizing this technology, power companies can also implement smarter management of power line networks. They can use wireless communication technology to detect line faults and provide timely alarms. At present AT&T has submitted the relevant patent application documents and will conduct field tests next year. AT&T said that although the technology has been successfully tested, there is still a certain distance from commercialization.

As mentioned above, at present, there are still 3.9 billion people in the world who cannot use the Internet. If we can provide them with a network, whether it is social or commercial value is very large. So over the years, companies such as Google, Facebook, Samsung, and Microsoft have invested heavily in R&D related solutions. 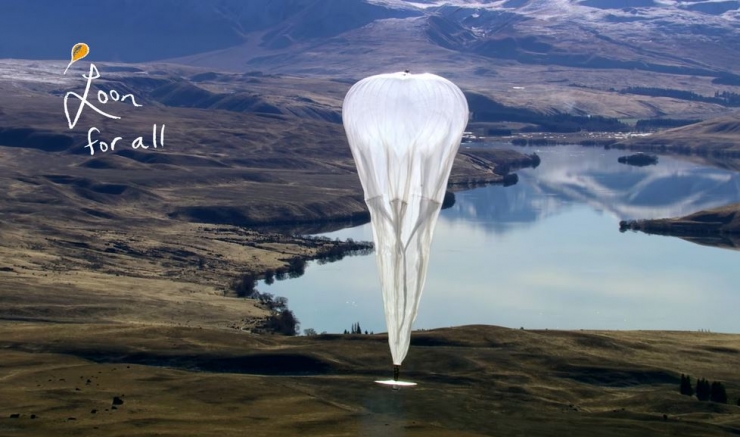 In 2014, Google planned to invest US$1 billion in its own satellite project, initially building 180 high-performance satellites around the Earth to provide Internet access to residents in remote regions of the world. To this end, Google has also recruited a large number of engineers from space companies such as Space Systmes and Loral LLC. At the same time, Wyle, the founder of the well-known satellite start-up O3b Networks, is responsible for the Google satellite project. Roger Rush, head of industry consulting firm TelAstra, believes that Googleâ€™s satellite program may ultimately â€œcost more than they thinkâ€ and may even reach a scale of US$20 billion.

In addition, Google acquired Titan Aerospace, a solar drone company, and launched the "Skybender" program. The plan is to bring 5G network connectivity through solar drones. Google had previously conducted tests at Spaceport America, a spacecraft runway in the desert region near Las Cruces in New Mexico.

Of course, Googleâ€™s largest project in the Internet is the Google Balloon project Project Loon. The specific operation method is to integrate with the telecommunication operatorâ€™s network and deploy a large number of wireless network transceivers (or cellular base stations) in the air. Deployed between the ground and the satellite, telecom operators can send signals from cell towers to balloons, which then send signals to smartphones and other Internet devices. Googleâ€™s spokesperson said that Google balloon uses LTE technology and the download speed can reach 10M. 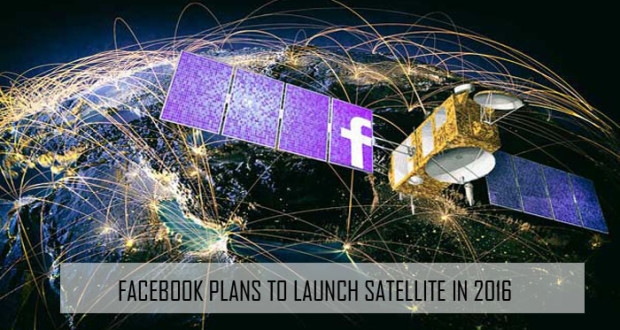 In 2015, Facebook announced that it will use satellites to provide broadband Internet services in Africa. Facebook uses the Amos-6 satellite manufactured by Israel Aviation Industry Corporation and weighs 5 tons and costs US$200 million. However, this month, the satellite carrying the Dream of Zuckerberg's network was destroyed because of the Explosion of Space X's launch vehicle.

In addition, Facebook announced in June last year that it will provide multiple drones in the air to provide network services to areas that do not have access to the Internet. Facebook's "Aquila" drone can fly from 18,000 to 27,000 meters in height during the day and is invisible to the naked eye. Flying in the stratosphere, higher than commercial flight routes.

With satellites and drones, Facebook hopes to connect the next 5 billion users by offering free internet services. 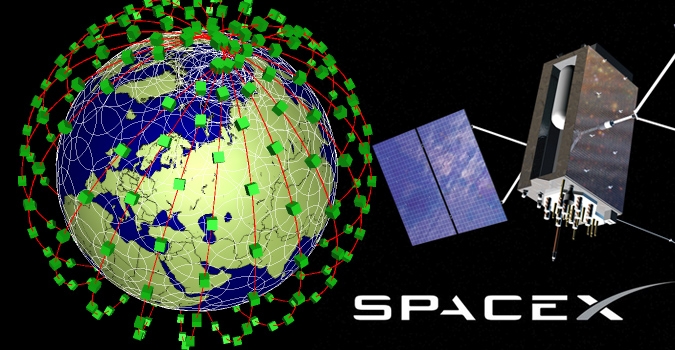 Space Xâ€™s plan to cover satellites over the world by launching 4,000 low-cost satellites, including cities and remote areas. Musk said that the plan is like rebuilding an internet in space. Space X had previously applied to the FCC of the United States to launch two experimental Ku-band satellites.

It is reported that when its satellites fly 625 kilometers above the ground, they will send broadband network signals to the United States, Redmond, Fremont and Hawthorne, and each satellite will stay in orbit for a maximum of 12 months. Although it is a project that provides Internet services, what value this project will ultimately bring, Space X has not yet revealed. 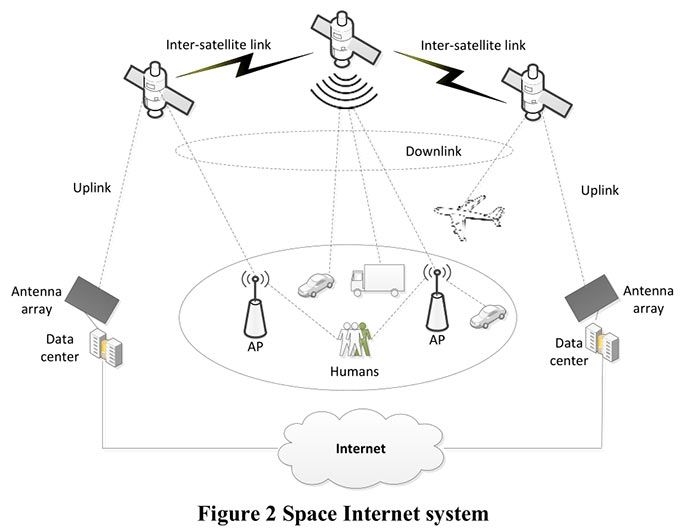 Samsung also said that it will launch 4,600 microsatellites to provide users with low-cost Internet access. The network satellite program can provide faster access than terrestrial networks. These microsatellites will operate at an altitude of 160 km and 2,000 km. They can handle up to 1 ZB of traffic each month, equivalent to 200 GB of data per month for 5 billion users.

Virgin Group founder Richard Branson once invested in a OneWeb company, OneWeb participated in the launch of the O3b Network project, which currently has 12 satellites and provides Internet access for 40 customers, including Royal Cruise Group Caribbean International and Papua New Guinea University of Technology.

Of course, there are also cases of failures. Bill Gates, together with Craig McCaw and the Saudi royal family, initiated the Teledesic project and eventually failed to burn billions of dollars.

Â  The purpose behind the network coverage

Although it is true that the coverage of the network in remote mountain regions has fulfilled extremely high social obligations, of course, there is also a very large commercial value behind this.

Cassidy, who heads the Google balloon project, once said:

Think about it. There are 4 billion people in the world who have not used the Internet, and 5% of them have 200 million people. If these people only use a small portion of their monthly income for Internet services, such as $5, then you are The revenue will be able to reach $1 billion and the annual revenue will reach tens of billions of dollars. So, this is a good business opportunity.

Of course, in addition to directly collecting network service fees, it is also possible to bind the product to the network and control the network to a certain extent to control an important channel for expanding the user base. In addition to this, there are some potential strategic objectives, with its own space broadband increasing bargaining chips with other companies and even the government: Apple tried to use software-based SIM card technology in the iPad, at that time because of the loss The latter's strong boycott was the operator's interest. Assuming that Apple has its own telecommunications service, it can take the initiative in such contests. Similarly, Google and Facebookâ€™s products have been banned by many countries, making it impossible for them to conduct business in these countries, and satellite networks may be an important channel for them to bypass government supervision into these markets. As early as 2012 at the Chaos Communication Congress in Berlin, some hackers proposed a new network plan that was different from the Internet through satellite construction, thus bypassing government supervision.

Samsung wants 4600 satellites to build the space internet, but it is still "on paper"