[ABSTRACT] PELICAN's shell material is made of engineering plastics mixed with polypropylene. Its strength and weight are 4 times higher than that of common aluminum materials.

Take a plane you try?

Take your suitcase and make you feel like tears 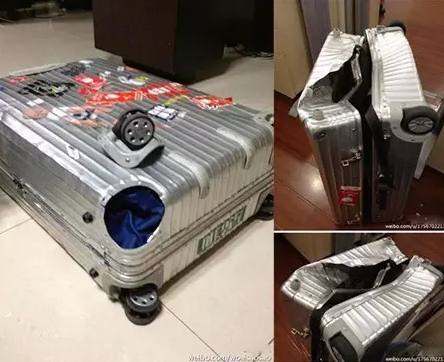 There is such a box,

It is a transportation equipment recognized by the U.S. military.

Hanging the rhythm of the sky

What box can be so cattle?

Dare to put such a big talk!

It was founded by Dave Parker, founder of Dave Parker in 1976, the world's top safety box brand - PELICAN (Chinese: Pelican or Gannet). The box he designed was called the world The strongest and most waterproof safety box, no! Have! It! one! 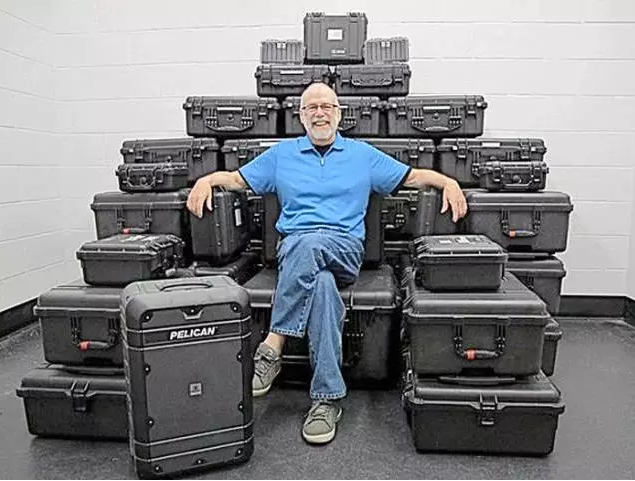 It has undergone a series of stringent safety tests by the US military, such as car rolling, shooting, falling, moisture, flooding, dust, etc., which greatly ensures the safety of the cabinet itself and internal objects when in use. . .

Rolling off the dirt bike and stagnating it on the box

It can also be intact

Keep the box in deep water for a long time

No water seepage after lifting

Even after the shooting

Its internal computer equipment can also be used normally

When it comes to the effect of such a taurine, it must be inseparable from the design and material of the cabinet. That's right, so let's take a look. . .

PELICAN's shell material is made of engineering plastics mixed with polypropylene. Its strength and weight are 4 times higher than that of ordinary aluminum materials. It is molded by high-pressure casting technology. . .

With such a shell material, not only does it not rust, does not generate static electricity, and does not easily generate sparks, cracks and permanent deformations as in the case of a metal box when it hits friction. . .

The box uses stainless steel only in the hinge and lock position to prevent rust. . . 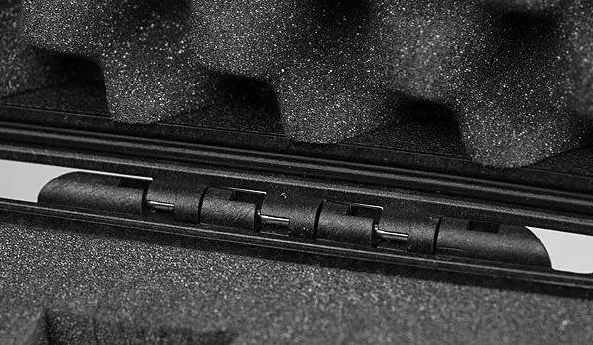 There is a ring of black rubber material at the interface of the lid, which is tightly sealed with the tight seams. With strong double-locking design, it can effectively prevent the entry of moisture, water and even air. . . 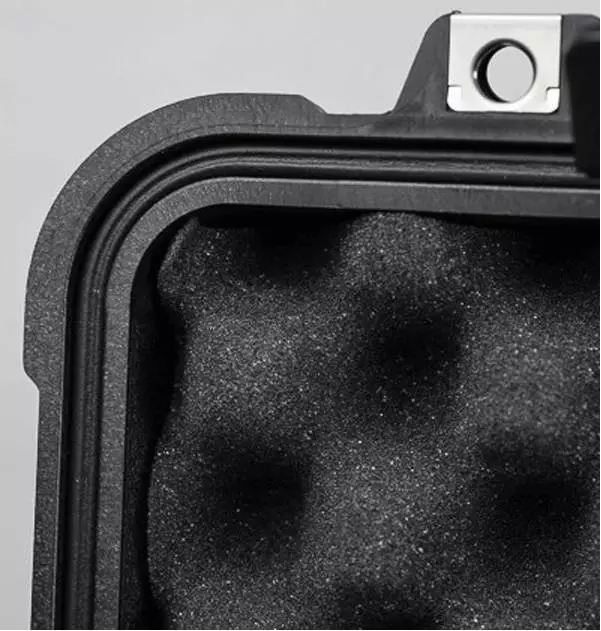 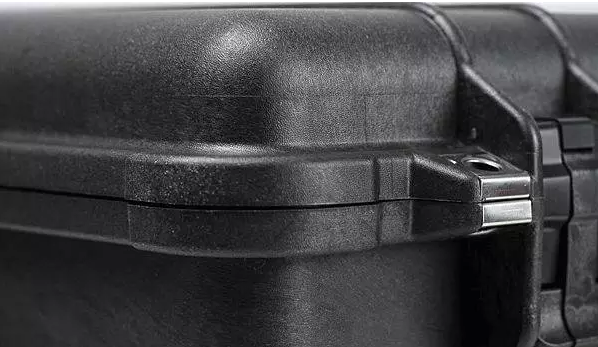 Not clipped, easy to open, easy to lock

With such waterproof performance, whether it is on the water, or put it into the water depth of 10 meters, it can still keep the seal from seepage. . .

Its waterproof performance can be directly put into the water 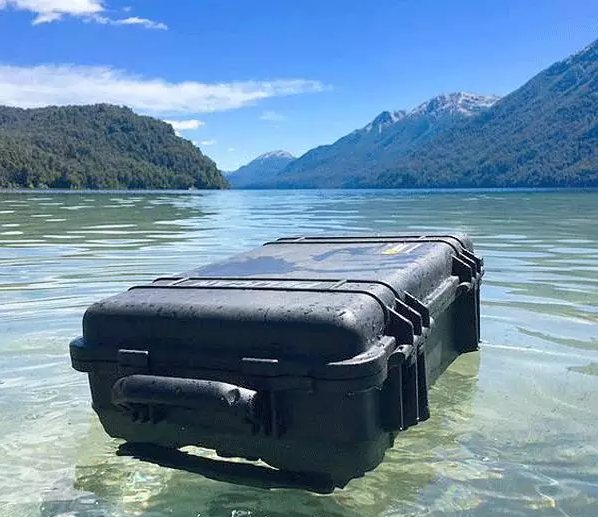 10 meters underwater can still keep the seal from seeping 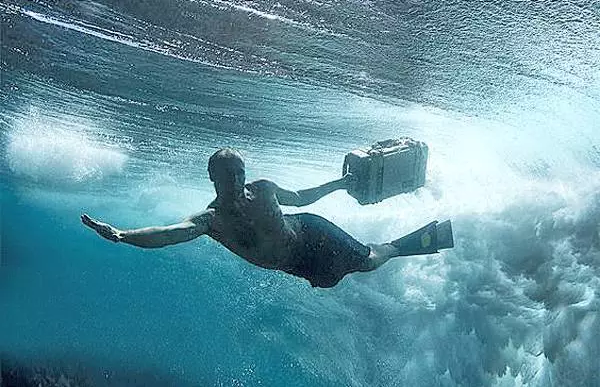 In order to facilitate daily use, PELICAN has also designed a lot of boxes to facilitate travel and use of elements. For example, replaceable pulleys, stiffeners designed to force the box, retractable rods and pressure balance valves, etc. Word box, with you almost no more. . .

Box structure has unique ribs on the force part and box corner, and there are two ribs on the top and bottom of the box, which is convenient for multi-layer stacking and stable positioning during mechanical handling. This is also the case of PELICAN safety box. Unique sign. . .

Has a unique structure of rib design 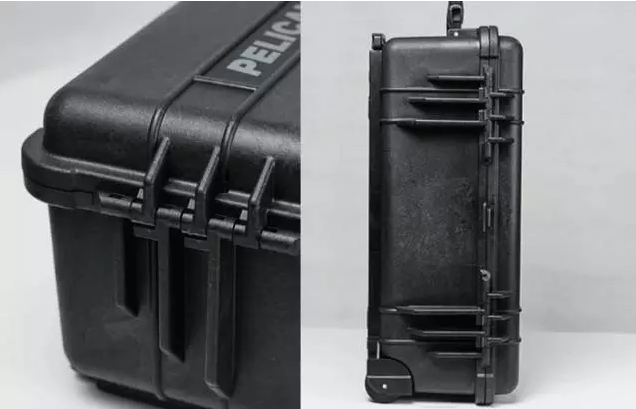 In order to facilitate dragging during travel, there is a telescopic pull rod, and a simple fixing method is adopted, and the buckle is pulled out to pull out the pull rod; the pull rod is automatically locked after being pulled out to a specified position. . . 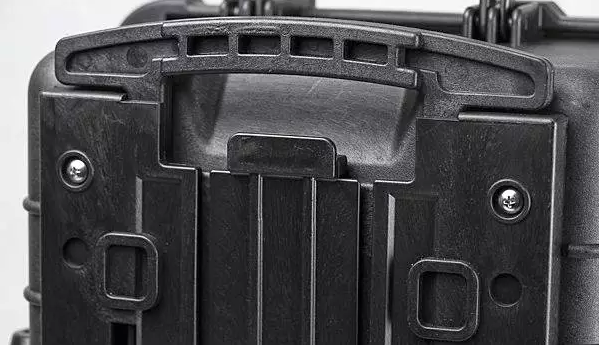 The trolley is also indispensable as a trolley, and it is worth mentioning that it can be replaced. . .

Replaceable wheel design below the cabinet 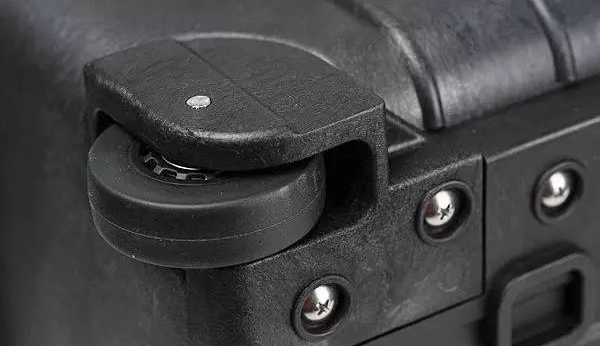 Use when traveling greatly improves convenience 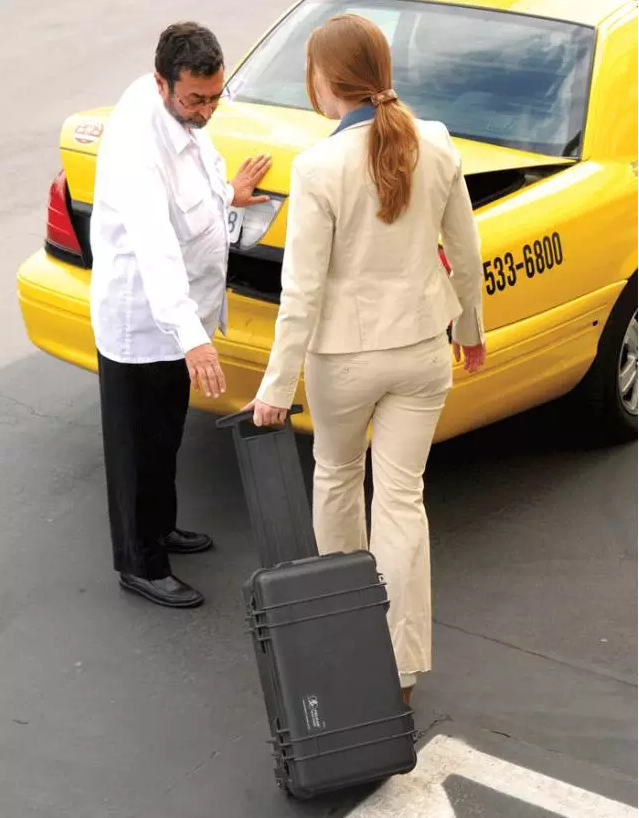 There is another aspect that should not be overlooked. Those who use the suitcase often must understand that the box is to be airlifted in the plateau area or in the unpressurized aircraft cargo compartment. If the pressure change is too great, the ordinary sealing box will be affected by the pressure. Causes pressure to stay open or accidental swelling. . . 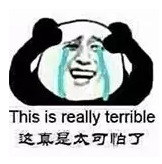 Pelican has a pressure balance valve in the handle position. When the pressure difference between the internal and external pressures reaches a certain level, the waterproof breathable diaphragm of Gore-Tex material inside will open automatically. Gas molecules can freely pass through the diaphragm and water molecules cannot enter. , Balancing the inside and outside air pressure so that the safety box can be easily opened under any conditions while keeping the inside of the box dry. . .

And in the details of the box, there is also a separate bag for loading the computer (standard for business travel models), separated from other items, and well-organized without interference and security. . . 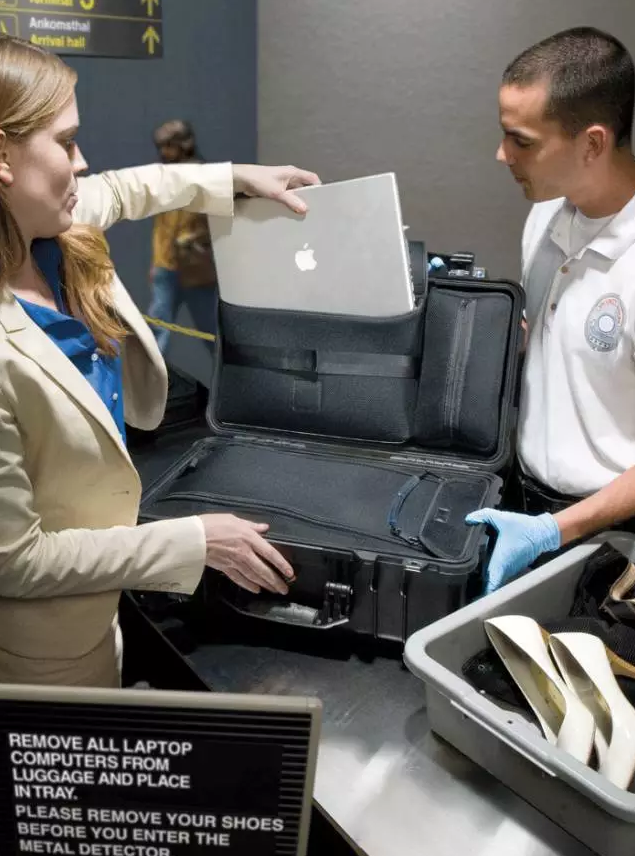 Can be used in various environments 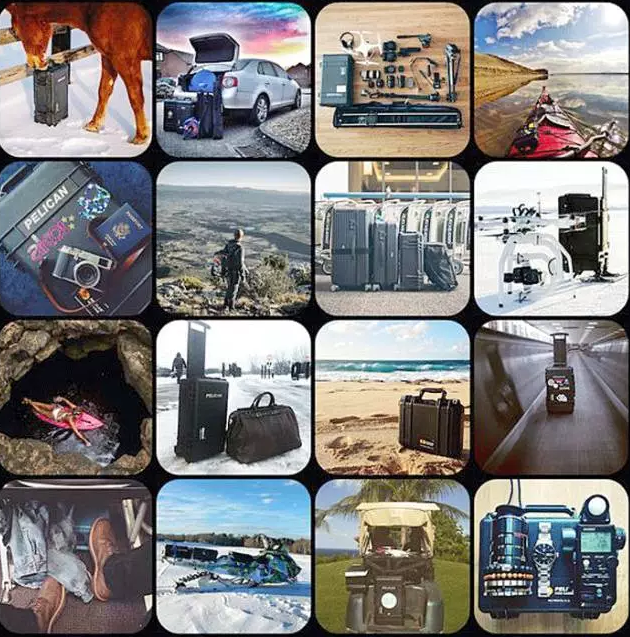 For use as valuables for transportation 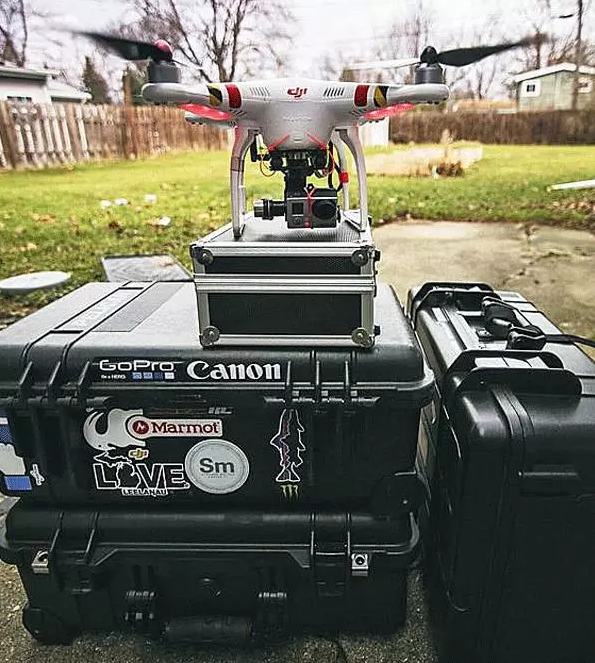 Guns and cannons are not to mention

National Geographic magazine has a well-known photo: photographers exploring the Amazon River took a group of PELICAN equipment boxes and towed them directly in the water behind the boat. . . 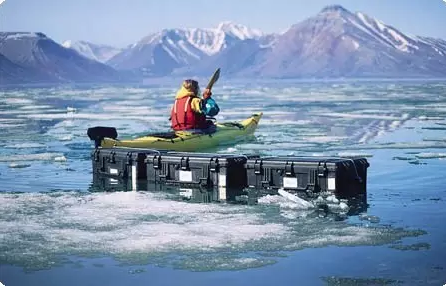 And to be able to do it only if you can't think of it, without it, PELICAN's "family members" are more than enough to make you wonder, from a book size to over a meter high, various sizes, handheld, portable There are everything from rods to cell phones, to cameras and other precision instruments, and even transparent protective cases that can hold iPods. At the same time they can perfectly meet different needs, their protective capabilities are no less!

Many varieties of PELICAN 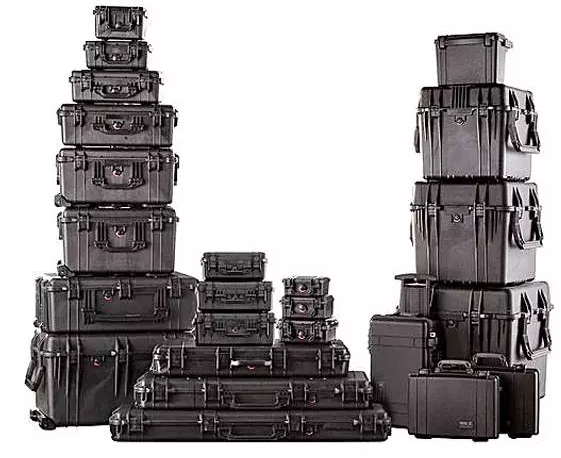 However, these are not geese, PELICAN most people admire it but also a number of promises guaranteed, it can be said to be quite exaggerated! It is estimated that in addition to its world, I am afraid there will not be a second, dare to do so:

Second, pass to your future generations, continue to replace! !

Third, the damage caused by the bad sharks, tearing of the Grizzlies, and children's playing with fire is not covered by the warranty.

Note that this "box" refers to a pure box that does not contain helium and internal fittings. 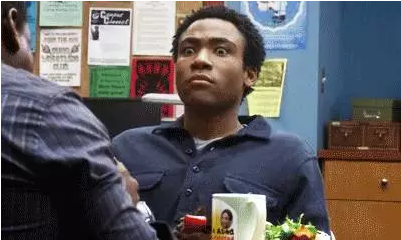 I have to say that it's true

There is nothing to say in place. . .

With such treacherous performance, it's no wonder that a variety of big coffee lovers have used it as their preferred transportation choice. . .

Use it to transport your own musical instrument 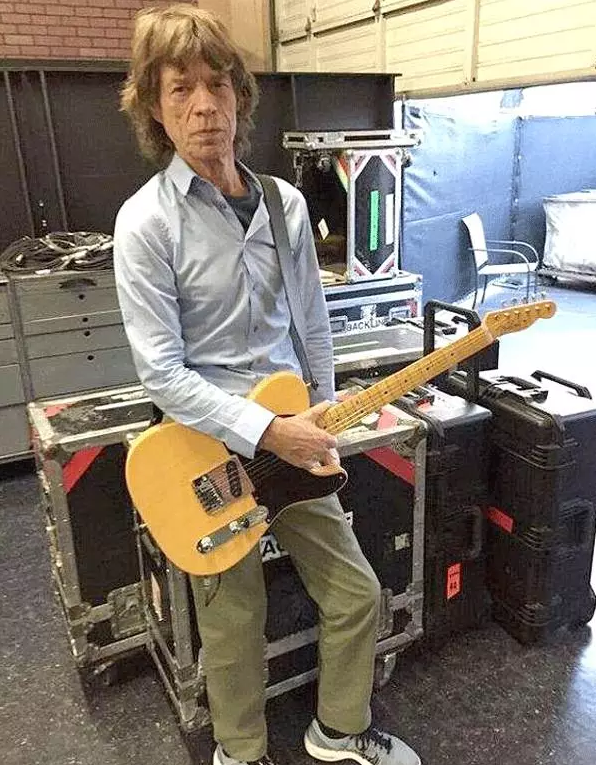 As your own travel equipment 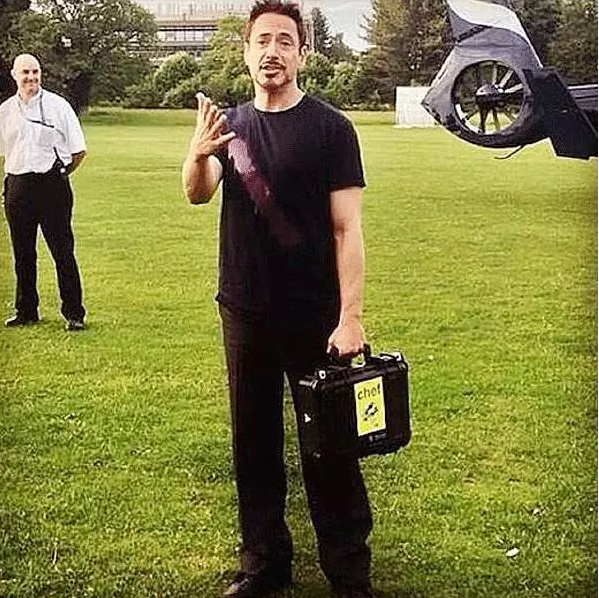 In fact, there is a more niubi performance

That's what can be a cutting board 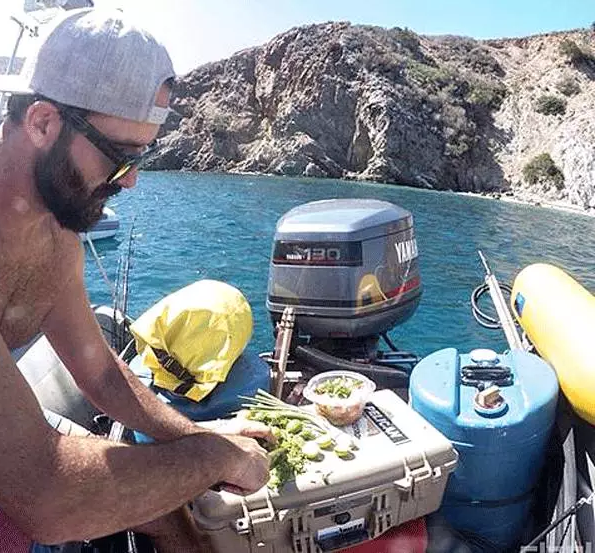 [This article comes from the Tencent News client from the media, does not represent the views and positions of Tencent News. ã€‘