Made in Germany and made in Japan once occupied a major share of the global market. Since the global economic crisis, Germany has become the economic star of Europe, but Japan has fallen into silence.

Why did German manufacturing win in Japan? What are the implications of the different tracks made by Germany and Japan?

Made in Germany, running fast, what is the secret?

After World War II, an important phenomenon of the world economy was the economic rise of Germany and Japan, the two major defeated countries. Germany and Japan are both industrial countries, and they have taken a top-down industrialization path. Germany was the leader of the â€œnew industryâ€ marked by electrical and chemical engineering in the 1880s. It replaced the UK in the early 20th century and became the number one trading power in the world market. â€œMade in Germanyâ€ began to gain a worldwide reputation. Japan followed the example of Germany after the Meiji Restoration and was called "Prussian in the East."

From a deeper perspective, both countries are known for their exports of manufactured goods, and their production systems have many similarities: there are some large industrial complexes in the economies of the two countries, and they share each other with the support of big banks. . This industrial organization guarantees close cooperation between upstream and downstream of related industries, which is conducive to collaborative innovation and continuous improvement of product quality. Both countries are committed to establishing strict industrial standards and quality assurance systems. From 1960 to 1980, Germany and Japan in the international competition in the fields of automobiles and household appliances completely defeated the United States that produced standardized mass products. Japanese companies rely on slimming management and flexible staff operations to coordinate the production of high-quality series of consumer products. Winning. 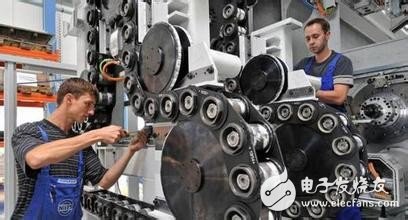 However, since the mid-1990s, Germanyâ€™s international competitiveness has continued to improve, while Japan has experienced a â€œlost decadeâ€ and has not yet fully escaped from the economic downturn. The Japanese manufacturing industry, which has been in the forefront, still holds a leading position in some fields, but it is at a disadvantage in competition with Germany in key sectors such as automobiles (especially high-end cars), machinery manufacturing, electrical equipment, and chemical industries. In 2012, Germanyâ€™s exports of goods were 1.5 trillion US dollars, more than 40% of GDP, accounting for 9% of the worldâ€™s total exports. In 2011, Japanese exports were about 900 billion US dollars. ?

German manufacturing has taken the lead in competing with Japan for three main reasons:

First of all, the German economic policy has taken the right measures. Both the German and Japanese economies benefited from the exchange rate arrangement of the Bretton Woods system after World War II. However, Germany has given up its fixed exchange rate with the US dollar since the 1970s, which has gradually increased the value of the German mark. At the same time, it has maintained its competitiveness by encouraging structural transformation and innovation, so that enterprises can get rid of their dependence on the undervalued currency as soon as possible. However, Japan has been reluctant to take the initiative to adjust the exchange rate. At the end of the last century, after the Japanese real estate bubble burst, the Japanese economy suffered a huge blow. The stagnant growth and deflation caused the structural adjustment of enterprises to be difficult and restricted the development of its manufacturing industry.

In the 1990s, economic globalization began, and the manufacturing industries in developed industrial countries faced competitive pressures from low-wage countries. Developed countries such as the United States and Japan began to shift manufacturing to low-wage countries, placing the focus of economic growth on services such as finance. , causing the industry to "hollow". The German government, industry and industry trade unions are highly consistent in the development of manufacturing, and through technological innovation, the German manufacturing products are further characterized by specialization, precision, speciality and high. This seems to be a conservative decision at the time, and today it seems very forward-looking. Today, there are thousands of screws manufactured in Germany. Industrial plugs can be used for thousands of volts and are resistant to wear... Made in Germany is synonymous with professional quality and superior quality.

Second, adapting to globalization, German manufacturing makes timely adjustments to its own production system. German large industrial enterprises such as Siemens and Volkswagen Group have adjusted their internal structure, resolutely disposed of the loss-making department, and actively adopted an international strategy to produce marketable products for the world market. The big German banks also gave up their shares in the big industrial conglomerates and pushed them to the capital market. Since the German â€œdual systemâ€ vocational training system is more efficient than Japanâ€™s system of relying mainly on internal training, the German labor market is also more efficient, and the current Japanese employee tenure system is facing challenges, and because there is no special It is difficult for professional skills to adapt to the flow of work.

Although both countries pay more attention to cooperation and cooperation between enterprises, the alliance among German enterprises is a local industrial cluster, often organized by regional industrial and commercial associations, industry associations and other organizations. They are open-ended, flexible in the restructuring of the supply chain, and Japanese-style corporate alliances are often family-owned and closely structured. Once they move out, assembly plants, suppliers and vendors must act together to globally produce systems. Not adaptable enough.

Once again, the German government and enterprises adjust the industrial structure in time to enhance the sustainability of economic growth. Excellent SMEs in the field of machinery manufacturing are the mainstays of German manufacturing. They are the best in the industry segment of the world. They are good at continuous innovation of their products and processes, and have a group of masters of technology. Craftsmanship of superior workers. Although the share of German machinery manufacturing exports is small, there are many types. In contrast, the competitiveness of Japanese products (in terms of world market share) is concentrated in several areas and products, such as home appliances. The German National Innovation System also has a range of mechanisms to help SMEs improve their skills and innovation. The German government has also issued the "Energy Shift Strategy" and the "2020 High-Tech Strategy", which will point the way for the next development of the German economy and German manufacturing.

Emphasis on innovation is also a major feature of the German manufacturing sector. In Germany, regardless of the size of the company, the sense of innovation is very strong. In the world's most technologically advanced and profitable high-end passenger car market, Germany's three major brands (BMW, Mercedes-Benz and Audi) account for 70% of the world market share of high-end cars. The same automobile manufacturing and exporting country, Japan, can only compete with Germany in the mass-market passenger car market. Japan's high-end car market share is only 10%. ?

The difference is that the pace of innovation in the three major German brands is very fast. Mercedes-Benz designers and R&D departments launch a new model every quarter, and Japan's three largest passenger car manufacturers (including the world's largest car) There are only a handful of high-end models from the manufacturer Toyota.

An important reason for the high performance of innovation in Germany is that it has a distinctive feature: a national innovation system that provides strong support for innovation activities.

An innovation system is an institutional and organizational network of activities and interactions that initiate, change and disseminate new technologies in the public and private sectors. The division of labor between the public and private sectors in the German innovation system is clear: the public sector (universities and public research institutions) is mainly engaged in basic research, and companies are engaged in applied research. However, the government has also established an applied research institution like the Fraunhofer Association, which has become an important bridge between basic research and corporate innovation. The Federation of German Industrial Research Associations has played an important role in promoting research and development cooperation between SMEs and German-specific applied technology universities. The association currently has 101 research association members from different industrial sectors. The Association of Alliances is responsible for the implementation of the government's innovation support projects for SMEs, and provides an important public platform for cooperation between industry, universities and research institutes. In addition to institutional and institutional support, German governments at all levels also fund research and development activities for institutions and companies through the promotion of projects.

Germany has made remarkable achievements in the field of traditional manufacturing, but in the fields of cutting-edge technology and future fields, such as ICT technology and bioengineering, there is still a gap between the highest level in the world such as the United States and the United Kingdom. In this context, the German Federal Government launched the first â€œGerman High-Tech Strategyâ€ (2006-2009) in 2006 to guide, centralize and coordinate science and technology innovation promotion policies, and strengthen some future prospects. Direct support for research and development in the field of science and technology (17 areas).

Later, the German government further developed a more comprehensive and systematic "High-tech Strategy for 2020". In 2011, the "Industry 4.0" strategy was put forward. Under the suggestions and promotion of academics and industry leaders such as the German Academy of Engineering, Fraunhofer Association, Siemens, and Bosch, the German community has extensively discussed and mobilized to form the Industry 4.0 work. The platform, planning the picture of 2025: on the basis of the automation and dataization of the German manufacturing industry, the core technology of the network and physical integration system (CPS) is used to realize the intelligentization of the manufacturing industry and maintain the world of German industrial manufacturing. leading position.

In promoting projects, the German government has strengthened the concentration and coordination of projects. First, the promotion project should meet the requirements of the high-tech strategy. Secondly, the promotion focus should be changed from the independent promotion of enterprises and research institutions to the promotion of the combination of industry, education and research to form innovative networks and clusters. In the way of implementing the science and technology innovation policy, the German government has changed the way of applying in the past, and adopted a competitive approach to make the most qualified companies and constellations stand out and prevent unprofitable companies from taking advantage of the free ride.

In general, Germany and Japan are manufacturing world powers, and their experience can inspire China's manufacturing transformation and upgrading. The most important revelation that German manufacturing and innovation give us is: in terms of industrial development and planning for future prospects, based on their own advantages, they do something different. The vision for implementation is based on existing systems and mechanisms that have proven effective and can keep pace with the times. In addition, Germany emphasizes competition very much, which has greatly promoted the progress of small and medium-sized manufacturing enterprises in Germany, and China can further form a competitive atmosphere through legislative improvement. The German manufacturing industry also reveals that the institutional environment for industrial development is of vital importance. Shanghai should also attach great importance to the construction and optimization of the innovation system environment in order to promote innovation.