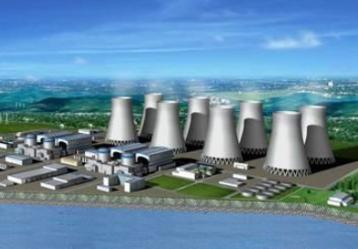 The economic and environmental aspects of nuclear power issues

Once nuclear disposal is discontinued, the only alternative to nuclear power can be hydropower and coal-fired power generation, rather than natural gas or new energy sources; thus abandoning nuclear is not a good environmental policy. Because of the high construction cost of nuclear power and the low operating costs, nuclear power was used to serve the basic load once it was completed. In other words, a nuclear power plant is basically always on, and its power generation remains at a certain level for a long time. Other types of power plants that can provide the same services include hydropower and coal power. The basic load of the service requires the generator set to be able to supply electricity cheaply and steadily. Therefore, the natural gas unit, the wind turbine unit and the solar energy generating unit cannot serve the basic load. This is why in the booming new energy industry in Germany, after the nuclear abandonment policy has started to advance, it still needs to invest in coal-fired power generation to fill the shortage of abandoned nuclear supplies.

Since coal-fired power generation is a technology that the market will adopt, and can only adopt, after nuclear abandonment, the impediment to the development of nuclear power exposes people to high-risk economic risks and the health damage caused by long-term and determined environmental pollution. A large number of studies have pointed out that the cumulative health losses caused by various emissions from coal-fired power generation each year are considerable. Therefore, nuclear power is not up to the point of view. From the point of view of environmental health, it is actually a choice between a catastrophic event with a very low probability and a certain long-term pollution damage.

In addition, the cost of fuel-intensive projects is sensitive to price fluctuations in the energy market; therefore, a highly dependent market for fuel-intensive generator sets has a higher cost risk for industrial and commercial users. For example, an important reason for the California power crisis in 2001 was that the increase in natural gas prices led to a surge in electricity prices. This risk not only damages the economy, but also hinders the efforts of governments to improve the environment. For example, in the winter of 2013, due to severe cold in the United States and other places, the price of natural gas surged. After the nuclear abandonment, Japan had to use coal instead of natural gas to make up for the lack of power supply due to abandonment of nuclear power. As a result, greenhouse gas emissions naturally increased. Therefore, abandoning the nuclear program either exposes the economy to high electricity price risk and exacerbates the investment risk, or uses coal to slow the price fluctuations brought about by natural gas, but faces the risk of high pollution.

The environmental impact of abandoned nuclear is obvious. A notable example is Japanâ€™s carbon emission reduction position after the Fukushima accident. This is because the Fukushima accident not only caused the decline in the proportion of existing nuclear power generation in Japan, but also caused the mid- and long-term energy planning in Japan to have to â€œreduce nuclear waste and nuclear wasteâ€ due to environmental protection organizations and domestic and international pressure. This will inevitably lead to significantly higher coal and gas/electricity ratios in the medium and long term in Japan, which makes it harder to propose carbon emission reduction plans as ambitious as before the nuclear disarmament.

The political dispute over nuclear power is also closely related to the "anti-government movement." The high capital intensity of nuclear power, the huge project construction and the complexity of the project require a large amount of manpower, material resources, and funds to be dispatched and integrated. This makes the nuclear power project a symbol of â€œpowerâ€ in authoritarian countries and has become an excellent target for dissident movements.

The most famous case is the "nuclear four" issue in the Taiwan region of China. Taiwanâ€™s Nuclear Power Plant IV was built in the 1980s and was initially opposed by local residents. It was precisely because the nuclear power plant was promoted by the Kuomintang government at that time. Therefore, the anti-nuclear four movement quickly joined forces with the opposition Democratic Progressive Party, which was under the guise of the "outside party movement," and became the main position against the Kuomintang rule. The "anti-nuclear four" has also become the two major "God's card" of the Democratic Progressive Party together with "Taiwan independence." Even after two successive political renewal in Taiwan, the "anti-nuclear four" has still become the subject of mutual attack between the two parties. In the end, the construction of the Nuclear IV project was interrupted, and the quality and safety of the project could not be guaranteed. The politicization of nuclear power eventually became a torrent of the problem of reversed-phase technology. This is a political issue that cannot be ignored.

In the current voice of opposition to nuclear power projects, many opponents attributed their opposition to "decision-making is undemocratic." This is actually difficult to establish. In such a large-scale project with complex technological background and political controversy as nuclear power, communication, taking the mass line, and â€œletting the public participate in public decision-makingâ€ will not work. These large-scale projects, like "death of death penalty," are political decisions that rely on complex professional knowledge. People can neither understand nor make political judgments. Therefore, experts can only provide information, and political leaders make decisions and bear political responsibilities.

This information gives residents the need for the safety of nuclear power, and also gives us the cost of reducing the discharge of power generation pollutants through the development of nuclear power in China. This cost includes not only the construction and operating costs of nuclear power, but also because Changes in perceived risk of nuclear power from nuclear power impact the valuation of local housing prices, employment supply, and other factors. These impacts will be truly reflected in the real economy, and thus affect the judgment that â€œnuclear power is not a means to effectively reduce environmental pollution emissionsâ€.

LED lawn lamp is used for lighting facilities around the lawn, and is also an important landscape facility.


With its unique design and soft lighting, it adds safety and beauty to the urban green landscape.


Besides, it is easy to install and has strong decoration.


It can be used in the green landscape areas of lawns in public places such as parks, garden villas, pedestrian streets, parking lots and squares.


The spacing between 6 and 10 meters is appropriate.