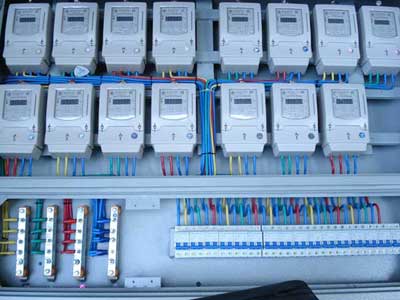 The economic development has led to an increase in the demand for electricity, which has required the continuous increase of investment in electricity, which has led to the construction of power grids, especially the increase in investment in smart grids, providing room for the development of smart energy meters and electricity consumption information collection systems. The smart grid has opened up the emerging technology market space, significantly expanding the power equipment market and profit margins.

Since the electric energy meter and related products need to be replaced due to expiration, at the same time of replacement, the electric power customer requires the metering and other functions of the electric energy meter to meet its ever-changing management requirements and adapt to the economic development, so the time for product replacement is also followed. shorten. With the upgrading of each electric energy meter, those companies that have strong technical strength and can actively carry out technological innovation and product innovation can often benefit from this process, obtain a large number of orders, and be able to seize the market opportunities and achieve better results. Good profit.

As a basic industry related to the national economy and the peopleâ€™s livelihood, the power industry will have a total installed capacity of over 900 million kilowatts by 2010. According to the â€œ12th five-yearâ€ development plan for the power industry, it is estimated that by 2015, the national installed capacity will reach 1.437 billion kilowatts. . With the increase in total installed capacity, the power supply capacity has been further enhanced. According to the State Electricity Regulatory Commission's â€œElectric Power Supervision Annual Reportâ€ (2010), in 2010, the countryâ€™s full-caliber power generation amounted to 4,228 billion kWh, a year-on-year increase of 14.85%. Power demand was generally strong, and the entire societyâ€™s electricity consumption was 4,192.3 billion kWh, a year-on-year increase. 14.56%.

At present, with energy diversification and cleanliness as the direction, and with the goal of optimizing the energy structure and promoting the transformation of energy strategies, a new round of energy reform characterized by clean energy and smart grids is advancing globally. The smart grid plays a central and leading role in it, and has become the future development trend of the power grid.

During the "12th Five-Year Plan" period, with the advancement of global smart grid construction and grid reform, the international and domestic smart energy meter markets are facing enormous potential for development. According to the "12th Five-Year Plan" smart grid planning of the State Grid Corporation of China, only the country The power grid companies will invest more than 50 billion yuan in energy meters and centralized meter reading systems.

Energy conservation is a long-term strategic guideline for China's economic and social development. Our government has promised to reduce the carbon dioxide emissions per unit of GDP by 40 to 45% compared to 2005. In May 2011, the "Circular of the State Council Approved Development and Reform Commission's Opinions on the Key Work of Deepening Economic System Reform in 2011" required the promotion of resource product price reform. Accelerate the reform of transmission and distribution prices, promote the construction of competitive electricity markets and direct trading pilots for large users, improve the pricing mechanism for hydropower, nuclear power, and renewable energy power generation, adjust the sales price classification structure, and choose to implement residential electricity tariffs.