It is reported that ASC17 has a total of 230 teams from all over the world participating in the competition. The prequalification titles are supercomputing system design, HPL testing, and the 2016 Gordon Bell Award nomination application of high-resolution wave numerical simulation and artificial intelligence in the field of unmanned Traffic forecast. There are two platforms in this competition, one is the light of the world's fastest super-calculated Shenwei Tai Lake, and the other is the biggest deep learning KNL cluster in Zhengzhou University (Zhengzhou). 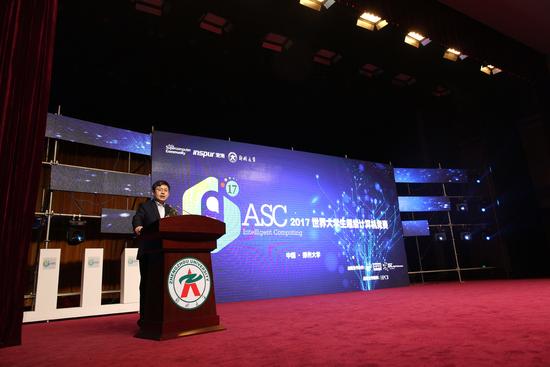 The organizer of the contest also arranged a two-day centralized training, and invited experts from the National Supercomputer Wuxi Center, Baidu, the National Key Laboratory of High-Efficiency Servers and Storage Technologies, etc. to provide the participants with a comprehensive and systematic explanation of the design and construction of the Supercomputing System. The latest nuclear calculation architecture, artificial intelligence application optimization cases, and light supercomputer usage of Taihu Lake.

Wang Endong, initiator of the ASC contest, academician of the Chinese Academy of Engineering, and chief scientist of the Inspur Group, said that with the integration of supercomputing, big data, and cloud computing, intelligent computing represented by artificial intelligence will become the most important component in the computing industry in the future. It will bring new challenges to computing technology.

The opening of Zhengzhou Supercomputer Center will support big data, AI and other calculations

On the opening day, the fastest supercomputer in Henan Province was formally put into use at the Zhengzhou University (Zhengzhou) Supercomputer Center and became one of the ASC17 competition platforms. The follow-up plan of the supercomputer will be upgraded to 3,000 trillion times per second. At present, the first-phase project has been completed and the peak performance exceeds 700 trillion times per second. It will be used as a grid node in the national high-performance computing environment. Using a leading-edge nuclear computing architecture, the parallel artificial intelligence computing framework developed by Inspur was deployed to support various forms of smart computing such as Internet of Things, big data, cloud computing, and artificial intelligence.