1 Structure and principle of the flying probe test system

The flying probe test is one of the methods for checking the quality of electronic module soldering on-line. It is a system for testing the solder joints of electronic modules in the manufacturing environment. It replaces the traditional needle bed with a probe and is equipped with high-speed movable on the XY mechanism. 4 probes, when working, manually put the measuring unit into the testing machine, and touch the test pad and the via hole through the probe of the flying probe tester to test the welding effect of the components in the measuring unit. The test probe is connected to the driver (signal generator, power supply, etc.) and the sensor (digital multimeter, frequency counter, etc.) through a multiplex system to test the components on the unit under test. When a component is being tested, it is under test. The other components on the unit are electrically shielded by the probe to prevent reading interference. The structure of the flying probe is shown in Figure 1. 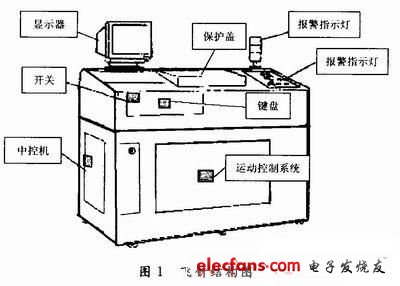 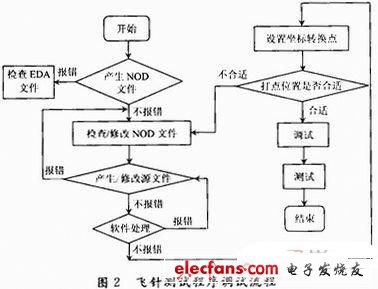 In the process of achieving the target, the EDA design process file will generate a netlist file in ASCII format, which will be converted into the NOD file of the electronic module under test. The NOD file will be sorted and modified to produce the source file. The source file is modified according to the parameter requirements of the electronic module, and then the software that is expected to be compiled is processed. Use the camera to make coordinate transformation points, generate MRK and MZF files, and set the coordinate conversion points to check whether the test point settings are appropriate. The choice of test points is combined with the change of the NOD file. The process of checking the test points is also a process of modifying and correcting the test points. Finally, select the statement that needs to be debugged. Each type of component corresponds to its own debugging statement, and the debugged statement is modified, that is, the parameters such as the isolation point and voltage of the device under test are set, and the modified operation is performed until the test requirements are met. The processing of the NOD file is the most cumbersome. The following describes how to quickly modify the NOD file. The file format is as follows:

The last column is the channel number of the solder joint of the tested part, which needs to be modified manually. The modification method is:

(2) For parts that are not tested or affect the operation of the probe, the â€œTESTâ€ attribute should be changed from â€œFâ€ to â€œNâ€ (not tested) in the *.NOD file. Such as the vias that are not filled with tin after the electrical installation, around the programming pins, around the higher components, and chips with socket conversion soldering.

(1) Open the *.NOD file with Notepad and copy all the contents into the WORD document;

(4) Click on the form\Insert form (put the data in the form);

(5) All the forms are selected and copied to the Excel form;

(6) Use the convenient operation of the Excel table to number the tenth column. The method is: starting from 1, the different signal names (refer to the first column) are incremented by 1 and saved after completion;

(7) Then modify the penultimate column by: all filling with "Y" first, according to the selection rules and error conditions, changed to "F" (mandatory) or "N" (not tested), and saved after completion;

(9) Open the *.NOD file with Notepad, only keep the first line and delete it. Paste (Ctrl+V) the contents of the clipboard from the second line, save, and the change is completed.

Custom PCB Assembly = Custom Printed Circuit Board Assembly, which means the PCB Board is customized as the customer required and designed. Zhongfeng would manufacture the PCB boards follow the design file, source the components follow the BOM file and do the PCB Assembly job follow the assembly drawing and the pick&place file. After PCB assembly done, the components would be mounted on the PCB boards tightly and connected each other through the copper circuits. We call such board as PCBA board or custom PCBA board.

With our 15years professional experience, we are available for all types of PCB assembly service from prototype to mass production, available for 01005, 0201, 0.3mm BGA, 0.3mm QFP.