Last week, Sony released its largest 100-inch screen TV in Shanghai so far, but did not announce the selling price. However, it is not difficult to see from the price of the other two that are released at the same time that the price of a 100-inch TV may be quite expensive. It can also be seen that the color TV manufacturers led by Sony are optimistic about the future of the large-size TV market. At the same time, it can be seen that more and more consumers are eager for large-size TVs. As the fiery laser TV in recent years is undoubtedly the best large-screen solution, then how do consumers buy 100-inch laser TV? 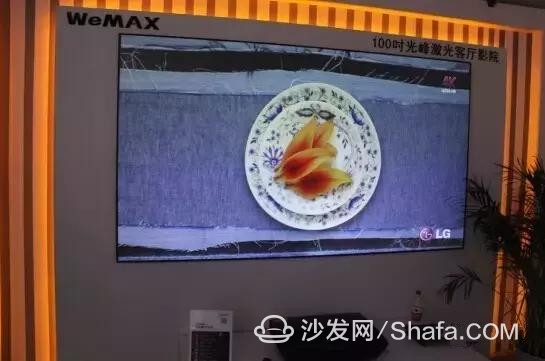 When it comes to laser television, this is actually just a new concept that has just emerged in recent years. In fact, it is a projector in itself. I am afraid that people in the projector circle are familiar with it. Laser TV, in addition to the previous projector products, in addition to replacing the light bulb with a new laser light source, reducing the cost of post-maintenance. At the same time, it is also equipped with a light-resistant screen, which is also a laser television product, and why it is possible to enter a living room theater compared to another difference of a traditional lamp projector.

In addition, the laser TV also has built-in smart features, which is the "box" that was hot in the home appliance market in previous years. It is also another factor in the biggest difference with the traditional projector. At the same time, some laser televisions are also equipped with a 5.1-channel audio combination, which completely solves the problem of a professional-grade home theater projector. The complicated connection work for the installation and installation is one step, and makes the living room more beautiful. 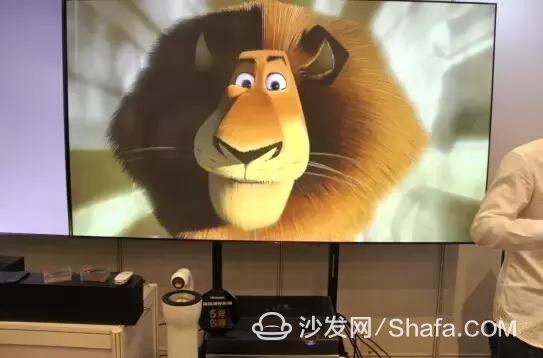 Therefore, the laser television is not a real TV, but it does have the function of a smart TV application, and the screen is larger. Users can customize the screen size according to their own needs, instead of fixing it at 100 inches. The most important thing is - the price, compared to the current hundred-inch TV up to hundreds of thousands of prices, laser TV only a fraction of the price, is currently the best choice for large-screen theater solutions. 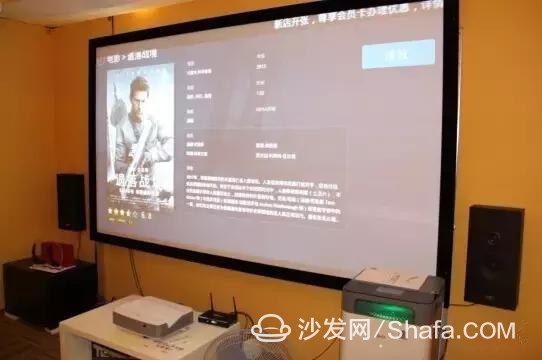 First of all, the most important part of the light source, the current market is basically dominated by monochromatic (blue) laser, more just in the complementary color technology, such as the fluorescent wheel. This is precisely the test of the color reproduction of the product is excellent, so it is best not to listen to a word, seeing is believing, this is a large part of the price is cheap or not. The point to be made here is that before the nuts said at the press conference that the laser TVs it launched were using the three primary colors, but when it was officially launched on August 15, the products were no longer labeled with three primary colors. Here are reminded consumers. When buying, be sure to ask clearly.

Second, brand selection. Why can laser TV rise so many brands? One of them is that the entry threshold is not high. This also makes the majority of its brands have no foundation, so the best reference when choosing a laser television product is brand selection. The choice of large brands is guaranteed, after all, they have control capabilities in product quality, such as Hisense, Optoma and other brands. At the same time, you can also choose to master the core technology of the brand, its products are naturally guaranteed, such as the peak, as the United States and music brands.

As for other aspects, in fact, it does not need much reference, because laser televisions are ultra-short-focus products, and they can say nothing about space requirements. Performance, from the current point of view of the majority of laser television products, the performance is not much difference, the brightness is more than 3,000 lumens. In terms of function, this point should be paid attention to whether the built-in â€œcontentâ€ is rich, not to pursue the source of the film, but to see the update rate. Of course, if you want to watch old movies, it doesn't matter. At the same time, for the most sensitive domestic prices, the author suggests that you can choose according to your needs, the budget is the most important, or the old saying goes, a price of one point of goods!

So, in summary, the audio-video circle believes that when choosing a laser television product, it focuses on choosing two important factors from light source and brand, both of which determine the quality and quality of the product. At the same time, the "content" part is also a reference part. After all, the frequency and richness of the film's update will directly affect entertainment.