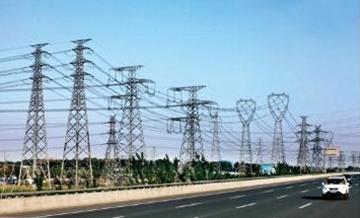 At the same time, Baotou Power Supply Bureau also plans to carry out the "East River to send 10 kilovolts four times to send out" in the Donghe District, "Aluminium Garden to change 10 kilovolts to send back", "Bayan Tara changed 10 kilovolts to send back four times", â€œThe silversmith's kiln will be sent 4 times at 10 kilovolts.â€ In the Qingshan District, â€œQingshan is transformed into 1 kilovolt is sent out 1 timeâ€; in the Queensland, â€œQiaodong 10 kV is sent out 6 timesâ€; in the high-tech zone, â€œRare Earth is changed 10 Kilovolt three times to send out, "Binhe changed to 10 kilovolts to send back six times," "The marsh pool changes 10 kilovolts to send out six times" and other distribution network infrastructure construction projects, with an investment of more than 200 million yuan, to solve the distribution of Baotou City There are prominent issues such as supply and demand conflicts in the network. In addition, with the government's plan to carry out the "Metropolitan West Road", "United Avenue", "Ulan Road" and other urban main line overhead line cable transformation projects to beautify the appearance of the city to meet the needs of road repair and expansion.

Through the transformation and reconstruction of distribution network in 2014, Baotou Power Supply Bureau will address the long-term existence of urban power points and public distribution lines in Baotou City, and the long-distance power supply of running lines will seriously affect the safety and economical operation of the line; The installation capacity and load rate exceeded the standard, and the power supply radius was too large. As a result, the Baotou area's urban power supply reliability and voltage qualification rate were low; the line handshake rate and the inter-band rate were low; the substation power distribution line interval was tight, and the user's dual power supply requirements could not be met. Satisfaction, single-line installation with large capacity and high load rate problems; insufficient support for supporting civil engineering investment; new lines cannot be sent out; urban path resources are scarce; construction of urban infrastructure is lagging behind; new and reconstructed lines cannot meet operational requirements; Unable to take on a number of power supply issues.