As a new type of electric light source, LED has obvious advantages in the production of large-scale luminous three-dimensional characters and illuminating signs, with low control voltage, low cost and high reliability. Although LED products have a growing trend in the domestic and international markets, LED lighting is an emerging industry after all, and it has not been widely popularized. Therefore, LED driving power is inevitably challenging in all aspects: First, due to the positive direction of LED The voltage will change with current and temperature, and its "color point" will drift with current and temperature. In order to ensure the normal operation of the LED, its driver is required to change the input condition and forward voltage. Limit the current. Secondly, if LED dimming is required, pulse width modulation dimming technology is usually used. The typical PWM frequency is 1~3kHz. Finally, the power handling capability of the LED driver circuit must be sufficient, and the function is strong, and can withstand various fault conditions. ,Easy to implement.

The scheme described in this paper adopts the chip of Panasonic Panasonic MIP553 built-in PFC dimmable LED driver circuit, which is combined with external non-isolated bottom edge chopper circuit as the basic circuit structure, and outputs stable current to meet the needs of LED operation. At the same time, a protection circuit is designed to protect the load. The experimental results show that the controller chip can work stably and can achieve a constant voltage output of 27V and a constant current output of 350mA.

The BUCK converter and IPD control are used to realize the switching power supply, and output constant current and voltage to drive the LED lamp. The overall block diagram of the circuit is shown in Figure 1.

The main circuit part is followed by a filter after the mains supply. Its function is to filter out the higher harmonics in the power supply and the surge in the power supply, so that the control circuit is less interfered by the power supply. The input rectification part adopts an integrated rectifier bridge. The unidirectional conduction characteristic of the diode converts the alternating current whose level is floating up and down at zero to a unidirectional pulsating direct current, and then outputs a direct current voltage under the action of the filter capacitor and the inductor. After the adjustment and control of the MIP553 and BUCK circuits, the voltage for the LEDs is output.

In order to extend the life of the LED driver and match it to the LED, the electrolytic capacitor in the circuit must be removed.

The input circuit includes a noise filtering device, a safety device, and an input rectifying device, as shown in FIG.

The noise filtering device is mainly composed of a capacitor C1/C2/C3 and an inductor L1, and its function is to reduce electromagnetic interference (EMI) in a frequency band less than 1 MHz. This device can also be linked after AC AC, and the filtering effect is the same before the rectifying device. The safety device consists of a fuse and ZNR1. The fuse mainly prevents the circuit from being cut off to protect the load when the peak current of the circuit is damaged. The ZNR1 is a surge absorber that absorbs static electricity and surge from the input to protect it. The circuit behind. The input rectifier device converts the alternating current into direct current and the input rectifier bridge: the voltage stress of the rectifier bridge diode is:

The output circuit consists of a basic BUCK circuit and a Zener diode DD1. As shown in Figure 3. 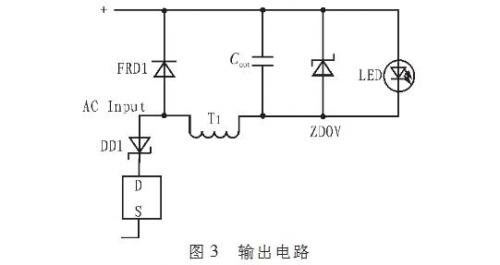 BUCK converter and its advantages

FRD1 selection criteria: The rated current is greater than 2 times the output current, the rated voltage is greater than the input voltage, and the reverse recovery time is also within 100 ns. Consider the margin, the parameters of FRD1 are: 15A, 600V, trr=50ns. The method selects T1 and Cout, then the parameters are: T1: 680Î¼H; Cout: 1Î¼F, 50V.

In the range of low input voltage, if there is no such reverse device like DD1, then there will be reverse current flowing through the IPD when the switch is turned off, and IPD is not allowed to have such current, because this A reverse current will cause damage to the IPD.

The control circuit consists of MIP553 and its peripheral circuits, as shown in Figure 4. 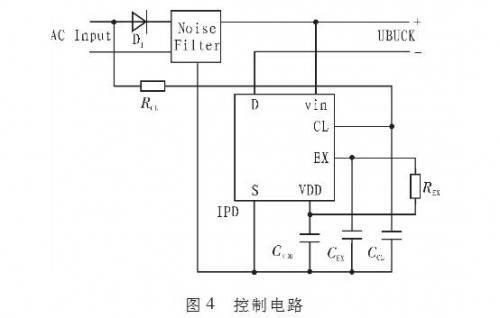 The circuit is simulated by Multisim, and the result is shown in Figure 5.

As can be seen from Figure 5, the output voltage is stable at 27V and the current is stable at 0-35A, which meets the design requirements.

This paper introduces the LED driver power supply designed by MIP553, and proves the stability of its output current through simulation, which has a good application prospect.

1.  An open structure of heating elements with half round stainless steel

reflectors for an optimal use of energy.

2.  The Gyros will change direction automatice, if there is a force.

4.   The particular broiling result is obtained by alternating heating and

cooling down. The meat fibres do not harden, and the gravy is flavoured

by the spices. This cooking mode results in very healthy meat.

poultry and fish with few attachments.

6.  The Skewers and Gyros go in opposite direction so that the food could 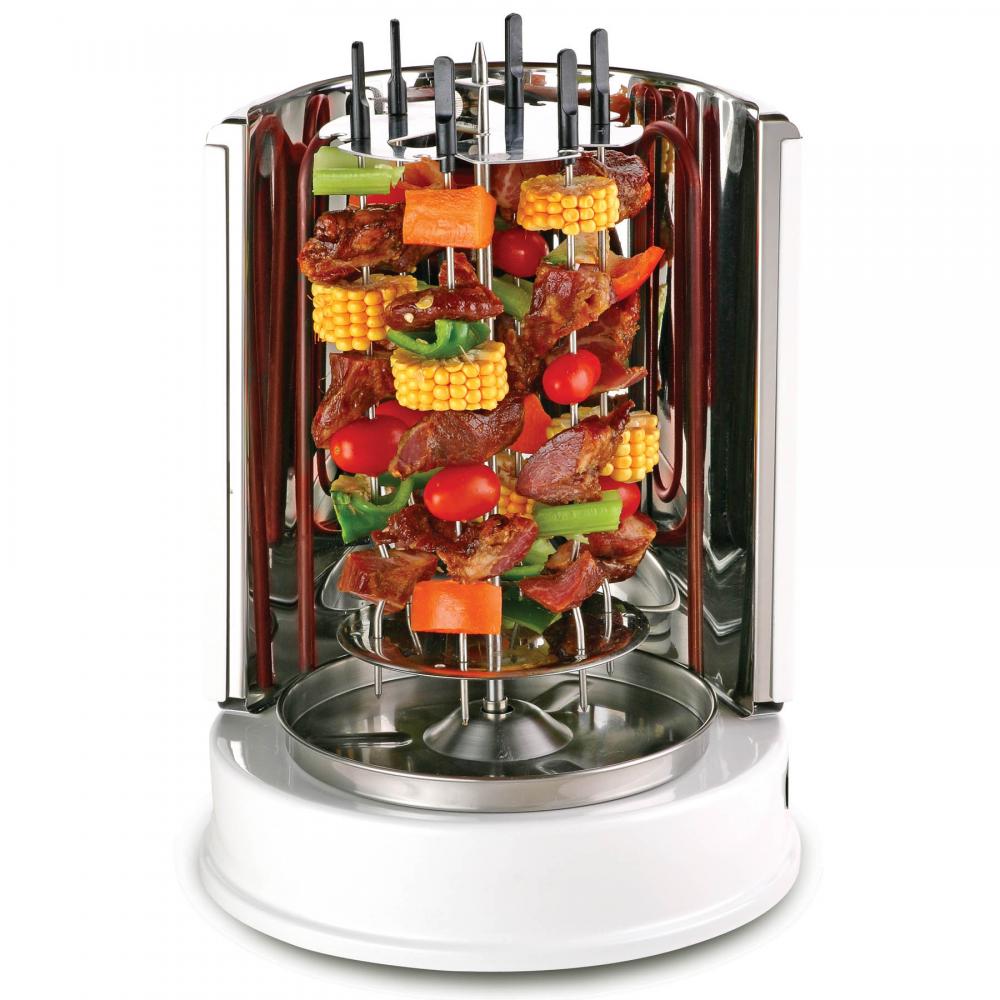