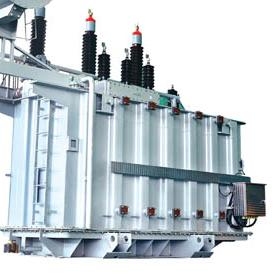 The market is still not fully activated. Industry sources have told reporters that the current energy distribution transformer market in China is scattered, coupled with low industry barriers, uneven business, lack of identification and standards, and inadequate technological innovation and other factors, leading to slow promotion of energy-saving transformers.

In order to promote the application of energy-saving transformers, the Ministry of Finance, the Ministry of Industry and Information Technology and the National Development and Reform Commission jointly issued the "Implementation Rules for the Promotion of Energy-Saving Products Huimin Engineering High-Efficiency Energy-Saving Distribution Transformers" as early as 2012, and carried out energy-saving transformers at 4 to 30 yuan/kV. An's financial subsidies.

In fact, in addition to financial support, the industry has also been trying to promote the upgrading of energy efficiency of transformer products through the development of standards.

According to the research report of China Research Institute and Puhua, in recent years, China's transformer enterprises have been operating in a low-efficiency environment, and the phenomenon of overcapacity is particularly serious. The annual transformer demand in China is about 1.5 billion kVA, while the transformer industry capacity is about 3 billion kVA.

An expert from the National Center for Supervision and Inspection of Low-voltage Power Distribution Equipment Quality Supervision and Testing Center told reporters that the promotion of energy-saving transformers will not only effectively help energy-saving and emission reduction, but more importantly, it can open up a breakthrough for the transformer industry, which is deeply stuck to the overcapacity situation. Double effect.

However, it is understood that energy-saving transformers are also in urgent need of solving some problems in their own development. Such as improving the functional stability and resistance to short-circuit capability. In addition to technical issues, testing standards and testing methods still lag behind product development, and lack of product performance evaluation and rating systems and tools that can reflect different design levels and manufacturing processes.

We developed numerous professional tools for practical use as well as provide effective guarantee for your safe and accurate installation of heavy duty connectors.